The Government has taken the next step with its Three Waters reforms and announced plans to create 6000-plus jobs in a 30-year project to amalgamate and upgrade New Zealand’s ageing drinking water, wastewater and storm water infrastructure. Local Government Minister Nanaia Mahuta has confirmed her intention to take drinking water, wastewater and stormwater infrastructure off the 67 councils and vest them in the ownership of about four big new regional water organisations. This will have a huge impact on councils, big and small, as water infrastructure makes up to half the balance sheets of many provincial councils and a sizable portion of the debt of many councils. The idea and need for reform and restructuring arose as a result of the 2016 Havelock North campylobacter outbreak. The Government enthusiastically interpreted the issue as small councils’ lack of expertise and scale in managing complex water infrastructure. After multiple investigations and reports, we have been taken to the point we are at now and the firmedup proposals for the future delivery of water services are about to be debated. The Government announcements made last week have a high-level focus on the country as a whole, but in coming weeks, planned announcements will be focused at a local level. That is where the rubber hits the road and the advantages and disadvantages of the reforms will become much clearer to councils and consumers of water services. The Government reports say the cost of the infrastructure reforms will be between $120 billion and $185b, spread over the next 30 years. That is a massive amount of money to be spent, regardless of who the service providers are, and it doesn’t stop there. Those numbers do not take account of investment uncertainty associated with the need to provide for seismic resilience, climate change or responding to changing societal standards around environmental impacts and Ma¯ ori expectations. The Government argues that the investment need will be huge with the reforms in place, but even larger without them. Minister Mahuta says: “Without service delivery reform, and the associated efficiency gains, the real cost increases to communities (households and businesses) of meeting the required investment would be significant, and likely unaffordable for many smaller communities and low-income customers.” Throughout the process to develop these proposals, the Government has stressed that councils will have the choice of opting into one of the proposed new water-controlling entities, or opting out. My prediction is there will be just four organisations covering the whole of New Zealand, with Taranaki becoming part of a greater Waikato/ Bay of Plenty orientated organisation. Whether each council chooses to become part of one of these large new entities will be a local choice, but I sense that this may well play out as a Hobson’s choice situation. Minister Mahuta says: “It is clear the affordability challenges facing our water infrastructure are too great for councils alone. This research underscores the overall benefits of reform reducing future costs on households, creating new jobs and contributing to regional economies and local industry — all of which build on our economic recovery.” The numbers being touted as future costs to households are mindblowing. At present, on average, households in rural areas pay $500 to $2600 a year for their water services. The Government reports say that without reform, average household bills in 2051 are forecast to range from $1900 to a staggering $13,900. Some households bills would be 13 times more expensive. On the other hand, the reports predict that with reform amalgamating 67 councils into just four water organisations, the projected household water costs are from $800 to $1600 a year. Like everyone else, I will wait with much anticipation for the more detailed local information to be released. That data will provide the information needed to understand the local impact of the reforms. There will be so much to consider and an in-depth public debate to be had. 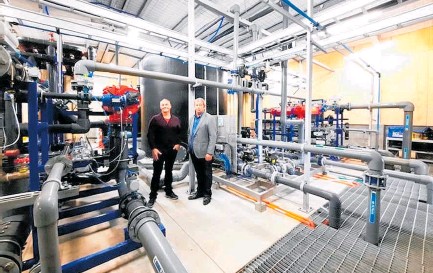